We will not be available this Friday, May 13th and Tuesday May 17th, 2022. We will resume our normal hours Wednesday May 18th. We apologize for any inconvenience. Thank you!

Raspberry Pi is a twenty five to thirty five dollar computer that is currently buzzing in the Tech world. When a friend of mine told me about this, I just had to check it out. When he first told me about the Raspberry Pi, my taste buds went crazy with imagination. Hmm, “a little whip cream will do wonders!” Ah well, with a name that almost looks like raspberry pie, I think its fair to say my mind was “justified” to reach for pie heaven. 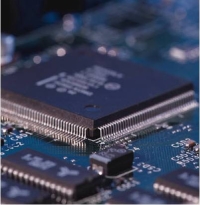 This is not the Raspberry Pi

From what I could tell after doing my own research, the Raspberry Pi is a base computer with the processing power a couple hundred MHz short compared to a Smart phone. The newest model of the Raspberry Pi has 256 megabytes of RAM. It has a couple of USB ports for the mouse and keyboard, a video output, an HDMI hook up, an SD card slot and a sound jack. It also has a LAN network connection interface that allows it to get connected to a router and access the Web. The Raspberry Pi uses a Linux based operating system that is on an SD card. As this computer is still in its developmental stages, there are not that many apps for it. That is part of the reason why the Raspberry Pi supports basic programming software. The idea behind this is to encourage technically inclined kids to learn programming skills. Now, that is pretty cool! You can see images for the Raspberry Pi via the link provided at the end of this article.

If you have kids that are always messing up your computer, it might not be such a bad idea to look into getting the Raspberry Pi. That way, they can play their games, have fun exploring the tech world and spare your computer from unwanted viruses and downloads.

Being originally from a developing African country, I can only imagine the impact that the Raspberry Pi can have on computer education in Africa. That is why I personally applaud the Raspberry Pi as a brilliant invention.

Even though you can’t expect to have the same processing power as a regular computer from the Raspberry Pi, it still has some neat computational functionality. That might very well suffice if you cannot afford a spendy computer. If you want to learn more about the Raspberry Pi, you can find out more from RaspberryPi.Org. Oh, I didn’t make you drool, did I? ; )