We all know that electronics and lightning do not get along. Lightning is not usually a big concern for us here in Vancouver WA and even Portland Oregon. 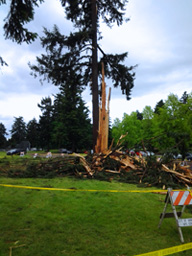 But after seeing a tree that was reduced to a pile of lumber on Mill Plain across from the Hudson’s Bay High School, I was once again reminded of the force of lightning and how much damage it can do. So, I just wanted to remind you to make sure that your electronics are protected.

Computers, televisions and other electronics can be really sensitive to power surges. I am sure that the Clark Public Utilities do all they can to suppress power surges and minimize damage from lightning. But depending on the proximity of the lightning strike, your electronics may still be affected.

I have seen computer mother boards that were totally fried from power surges. The hard drive can also be affected by a power surge. I know from experience that it’s never a good idea to plug in computers and other light electronics directly to the power outlet. So I always take the steps necessary to protect my electronics from power surges.

How To Reduce Damage Caused By Power Surges 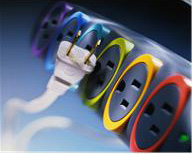 It’s cheaper to replace a fuse than to replace a computer or TV. The benefit of using a surge suppressor may not be apparent, but your electronics are better off with one than without. Since lightning is not the only thing that can cause power surges, I highly recommend that you get a surge suppressor. Your electronics will most likely reward you by lasting longer for you!


PC Rescue Wiz offers a variety of computer services in Vancouver, WA, including

Computer Repair Vancouver WA
Rated 4.8/5 stars out of 26 reviews
On Google On Facebook On Yahoo On Yelp